The Russell School Governing Board has 12 members elected, nominated or directly appointed in the following proportions:

Professionally, Paul has worked in financial services for over 25 years at a number of corporate firms such as HSBC, Legal & General and Santander and has been  involved in a number of strategic roles within those organisations. More recently, his working career has been in the field of governance and more specifically in school and MAT governance.

Paul is a co opted governor and the new Chair of Governors at The Russell School after being on the Governing Board for nearly 6 years.

He has lived in Chorleywood since 2006 and has two children - one at The Russell School and one at St Clement Danes. His other interests include helping to coach both the U9 CCYFC Jaguars and U15 CCYFC Thunder football teams as well trail running and supporting a failing Premiership football team! 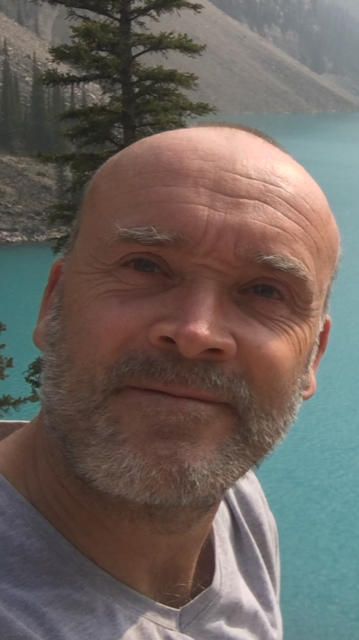 Myfanwy currently works at The Bank of England as a senior manager.  Her main responsibilities are within business management, including budgeting and operational policy.  Prior to her current role at the Bank, Myfanwy qualified as a Chartered Accountant at PwC.

She has been a governor since 2015 and more recently became the Vice Chair.  Her main responsibilities are for finance, EYFS, extra curricular activities and parent engagement.  She is also the link governor for maths.  Her main areas of involvement have been setting up the Forward Fund which has provided valuable resources for the school for example, the outdoor classroom and supporting the school through its most recent Ofsted inspection.  She is looking forward to being involved in the next chapter in the successful journey of the school.

Myfanwy was brought up around Chorleywood (with periods in Wales and London) and has two children at the school. Her other interests are running and learning to play golf. 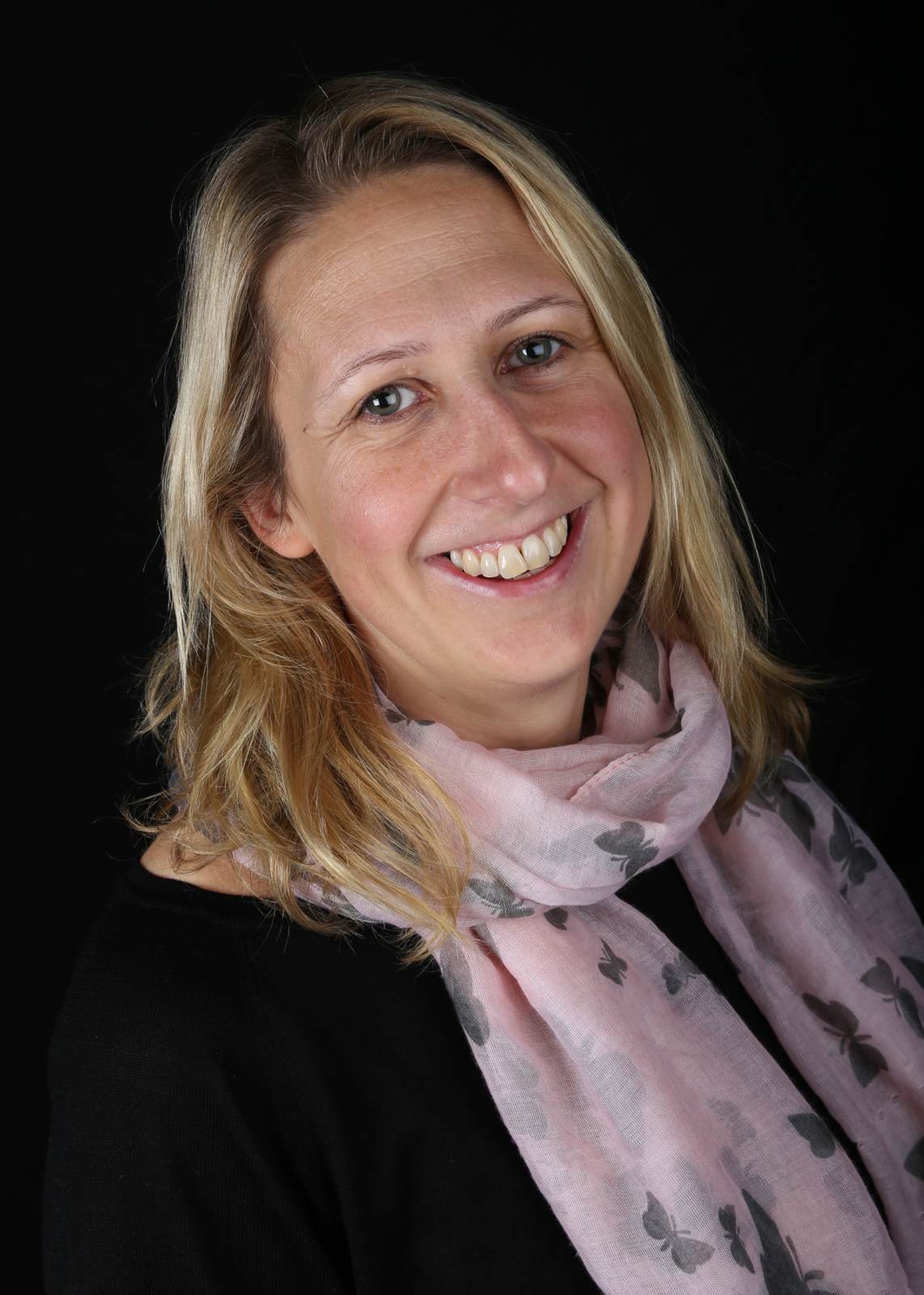 Richard became a parent governor in 2017, to support the school and its vital role in developing its children for the future. Richard has two children at the school.

He works for Aon, a leading global professional services firm advising both Companies and Trustees on running their pension schemes. This role allows Richard to both help how people save for the future and deal with the many challenges of ensuring the best outcomes for all parties, especially individuals. He leads a team of  40 professionals in the same industry, focusing on helping them bringing out their best and working together. 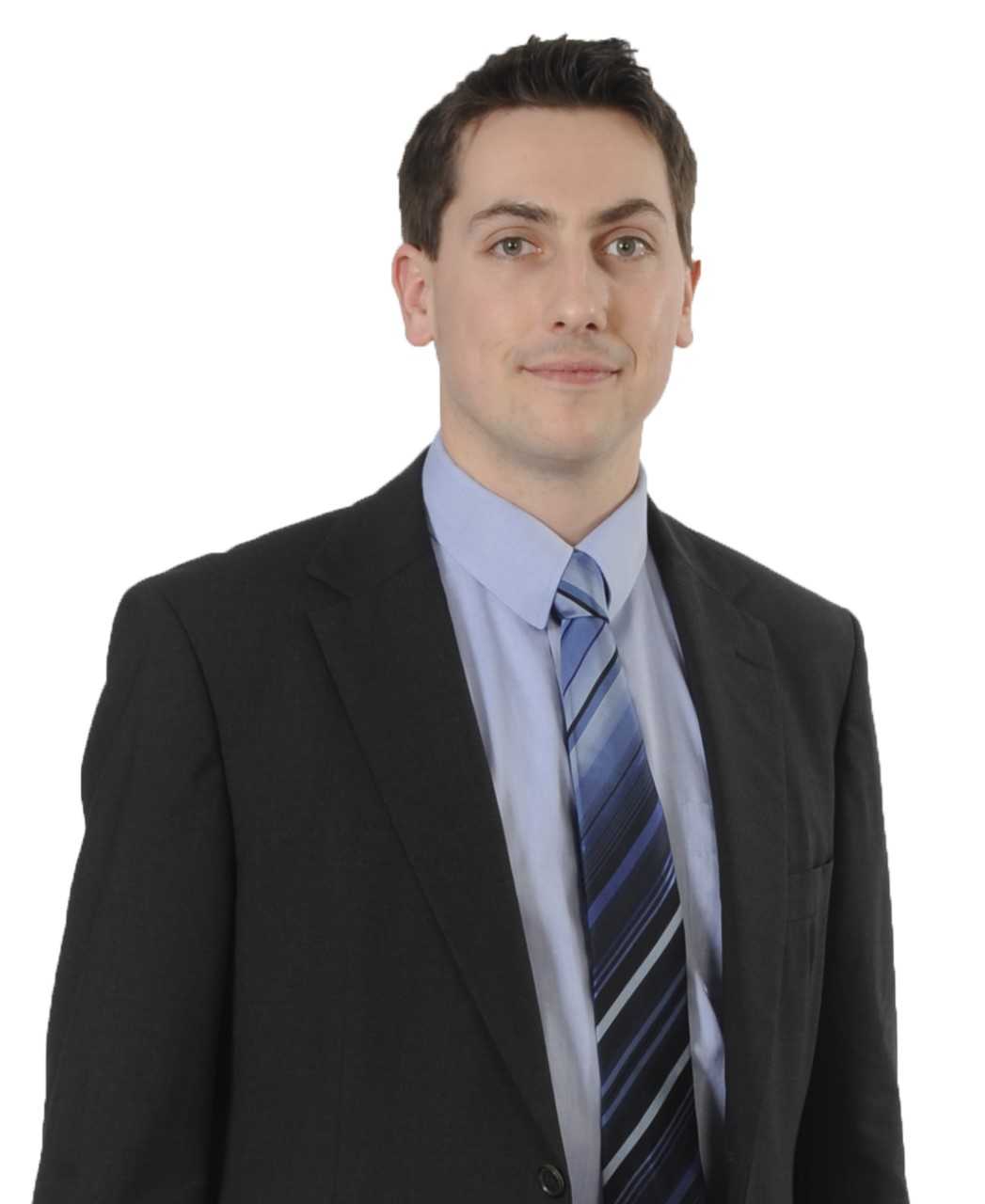 Having worked as an employment solicitor in the city both In House and in private practice, Jude is well placed to assist with any employee relations and personnel issues which may arise at school. She is currently employed locally as a HR Advisor.

In addition to the Pay & Personnel Committee, Jude is a member of the Education Committee. She is keen to continue to support the school in building on the excellent progress made in terms of results, whilst maintaining a supportive and inclusive environment. At the same time she recognises the need for a governor to act as a critical friend.

In her spare time, Jude enjoys swimming, cycling and running (normally separately but on occasion in succession!)

Professionally, Gareth works at Fujitsu Services as an IT architect. Having worked for 22 years previously at Abbey Road Studios, latterly in an IT Systems Manager role, he has a wealth of experience in sound, recording, and hands-on IT experience.

Gareth is a co-opted governor, with responsibilities for Health & Safety, Premises, and is the ICT link governor. He is also usually found behind a PA system at the Friends of the Russell School larger fundraisers - Bonfire Night, Christmas Fair, and the Summer Fair.

Gareth has lived in Chorleywood since 2001 and has two children at St Clement Danes. He is also a Scout leader at 1st Chorleywood Group, and other interests include house renovating, music, and Tae Kwon-Do. 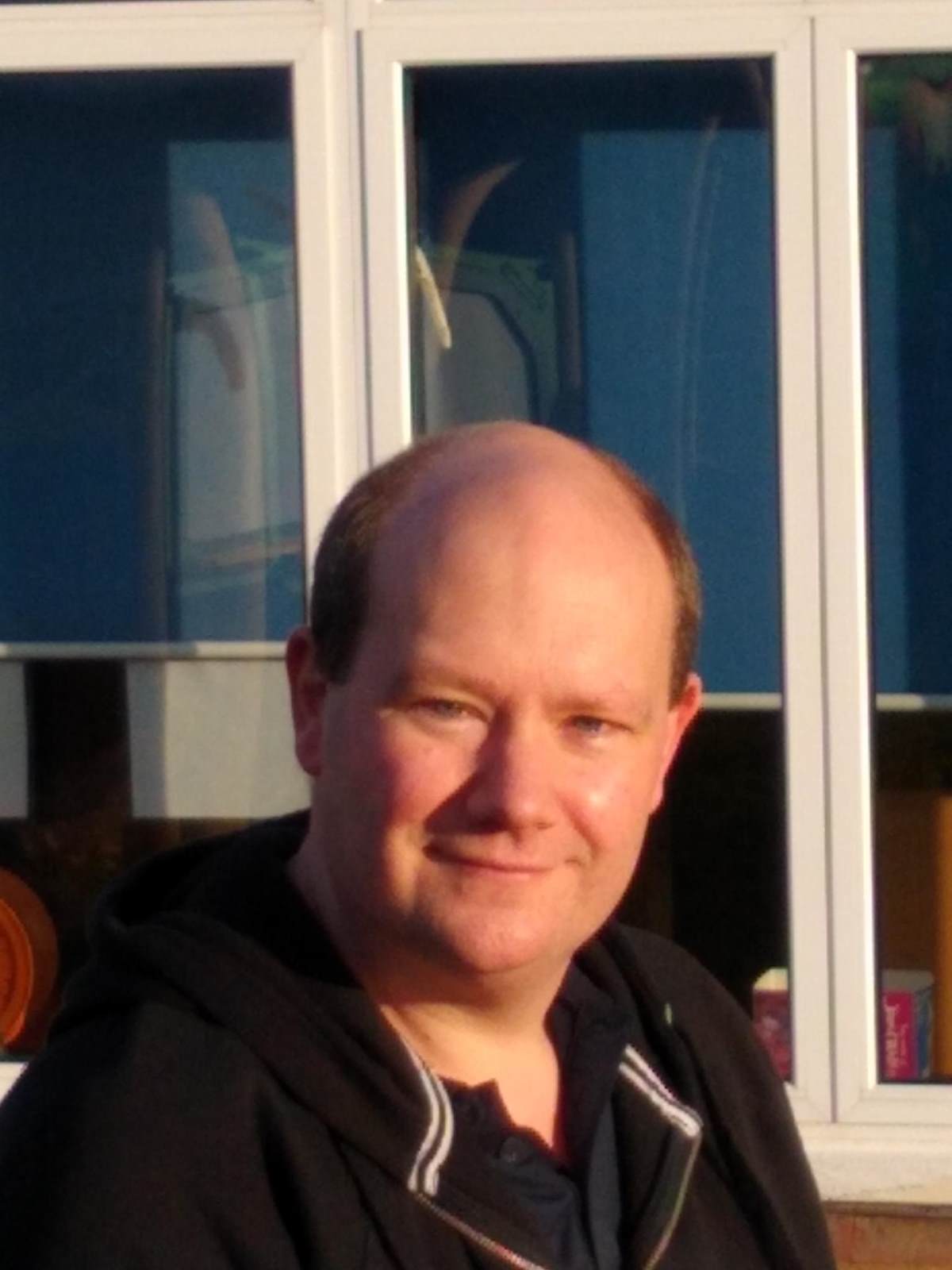 Andrew is a parent governor with one daughter attending the school. He has been a governor since March 2017 and currently chairs the Resources Committee and is aligned with English as a subject area.

Andrew has worked in Corporate Payments for the past 20 years and is currently a Director of Product Management at Bank of America Merrill Lynch, this experience of large organisations and complex projects is useful for helping the school manage the wide range of changes we see in education. Away from governorship and work, Andrew enjoys cycling and has an unhealthily large cycle collection. 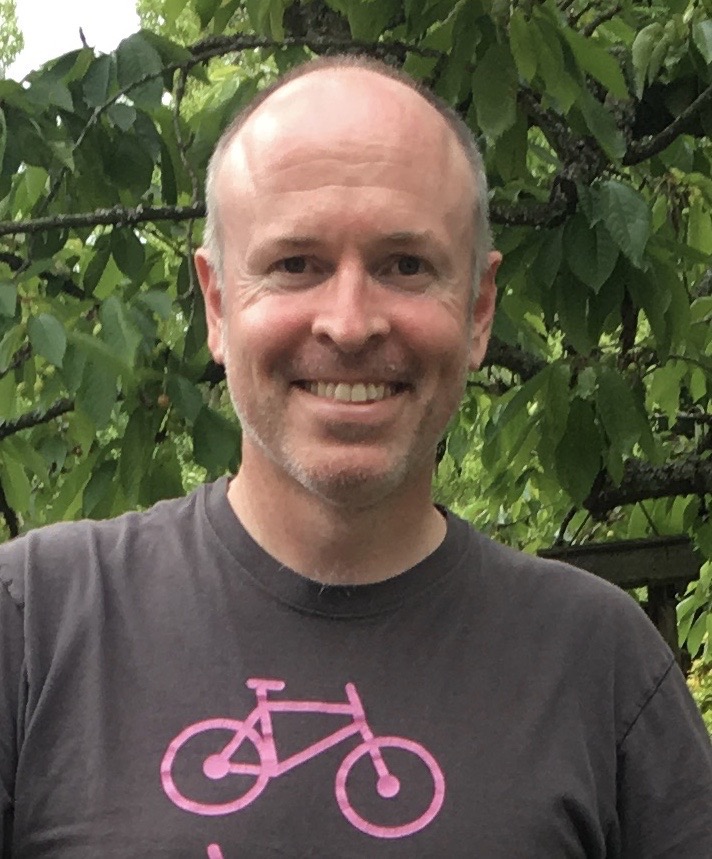 Tricia is a retired primary teacher and has lived in Chorleywood for nearly forty years.  Her three daughters attended The Russell and she was a parent governor there at that time.  Since retiring, Tricia has maintained an interest in education through Chorleywood U3A and sits on their committee.  She is looking forward to being actively involved with school life again at The Russell and is particularly interested in the development of reading, writing and assessment.

Her grandson and two dogs take up a lot of her time but she also enjoys reading, patchwork, visiting art galleries, playing the recorder and hand bells. 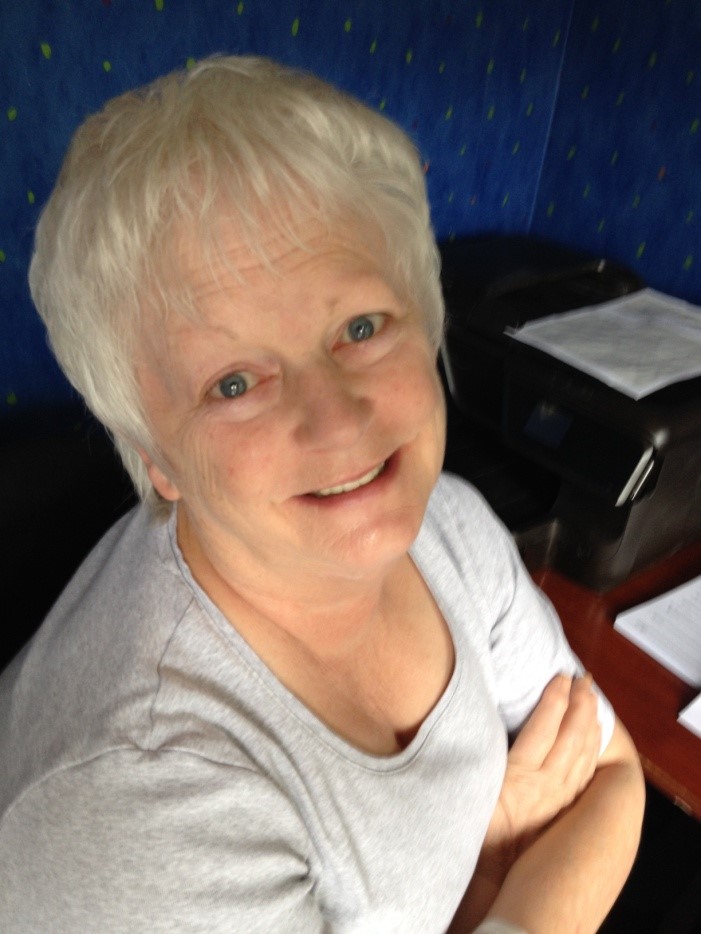 Suzie became a parent governor in March 2019 and is looking forward to contributing to maintaining The Russell School’s high standards and meeting future challenges.  She has two children at The Russell School, in years 2 and 6 and an elder child at St Clement Danes.

Professionally, Suzie worked for a global technology leader for more than a decade as a Sales Manager responsible for the distribution and marketing of product throughout multiple channels including national retailers.  For the last seven years, Suzie has been a committed member of the 'Friends of the Russell School', actively involved in the organisation and execution of fundraising events and holding the position of Secretary for the last 3 years.

In her spare time,  Suzie helps to run the CCYFC Eagles U12 football team and enjoys pilates and attempting to learn how to play golf. 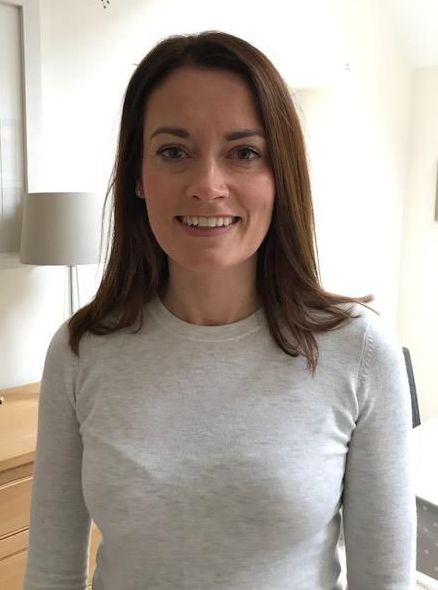 Amit is a parent governor with two boys at the school with the first starting in 2014. He began as a governor in April 2021 to support the ongoing development of the school and its role in the community in general.

Away from his role as a governor, Amit has worked in the renewable energy sector for 15 years focused on developing and constructing renewable energy projects in the UK, US, Southern Africa, India and China. In this work, he is a passionate advocate of the transition to a sustainable energy system and the benefits this brings to communities at a large and small scale. Amit has run independent companies for many years and is experienced in bringing small teams together to achieve big results in a short space of time.

Amit has always enjoyed any sport that doesn't involve horses or engines, both as a participant and spectator. He has recently caught the running bug and can be seen encouraging his children on runs with him in the neighbourhood.

Grace became a parent governor in April 2021 and has two children at the school. She grew up in the local area and has lived in Chorleywood for the last ten years. Grace is looking forward to helping the school continue and develop its high standards of achievement within its supportive and inclusive community.

Professionally, Grace is a practising barrister, specialising in Employment and Family law. She is ranked as a leading junior in her field, particularly for her work in discrimination law. She has acted in cases which have been widely reported in the national press. Grace also works as a volunteer for Citizens Advice and chairs a steering group on increasing diversity at the Bar. She acts as a mentor for those considering a career in law.

An avid bookworm since childhood, Grace loves nothing better than curling up with a great story. Grace and her family love exploring the local area and can often be seen walking their dog, Inca, in all weathers. 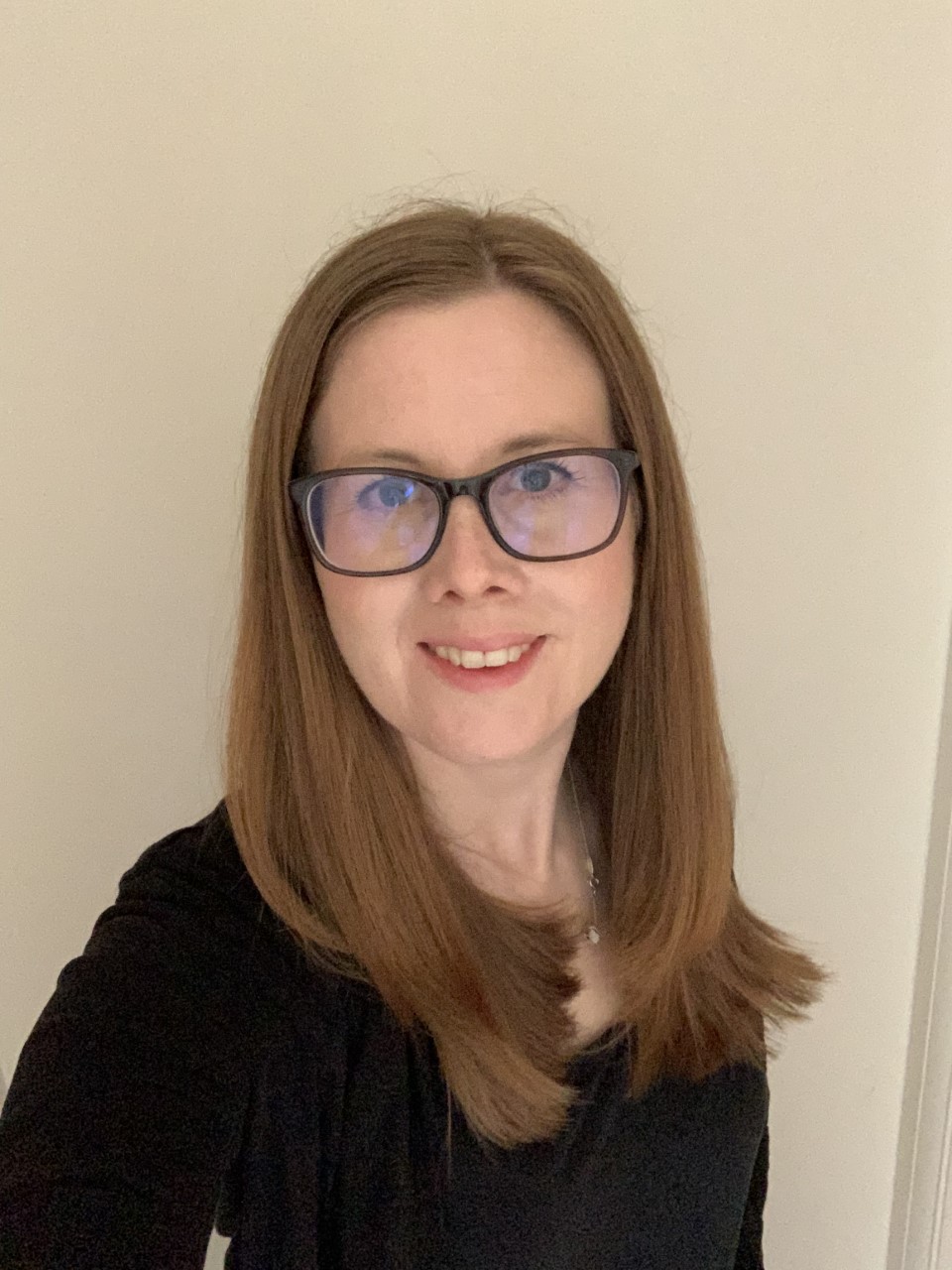 Lucy has been a parent governor since April 2021 and has twins in reception year at Russell. Lucy grew up in Chesham and  moved back to the area in 2019.

Inclusion is close to Lucy’s heart and she is looking forward to helping the school continue its commitment to high quality teaching and a supportive and inclusive learning environment.

Lucy also works as an artist and printmaker, regularly exhibiting in London. She is a member of a number of art organisations and recently founded a charity art project with artists from across the UK, creating work to raise funds for the Trussell Trust network of food banks.